Today, international trade is responsible for much of the prosperity and development of the modern industrialized world. Boris Blanche believes the global economy thrives on trade. Thanks to the division of labor and specialization, there are plenty of valuable benefits to a country from engaging in international trade. Through trade, a country can exploit its comparative advantage. That means, the country can specialize in producing only those products and services which it can efficiently and effectively produce, and at the lowest costs. International trade theory is based on the realization that no country can produce or manufacture everything at a competitive price. Ceding certain products and tasks to others creates a balance and promotes efficiency in production.

Producing a narrower range of products and services for local consumption and export allows a country to produce in larger quantities, which provides further costs benefits from economies of scale. Such cost benefits may be passed on to the consumer in the form of reduced prices.

Competition encourages design, innovation and application of new technology in production and manufacturing. Openness to trade also allows for the transfer of technology at lower prices. Countries will adopt better methods of production to keep costs down and remain competitive. Countries that produce the highest quality product at the lowest costs are able to gain larger market share hence increasing the incentive to produce efficiently. Ultimately, this increases the product standards and consumers will benefit from greater utility from consumption.

Since labor is a factor of production, trade is also likely to increase the employment rates of a country. The establishment of newer industries to cater for the trade demands of other countries will generate employment. And as production capacity expands, more jobs are created in the economy.

Trade increases competition and lowers global prices. By expanding the demand and supply, international trade helps to reduce trade fluctuations so prices tend to remain more stable. Overall, this raises consumer purchasing power and leads to a rise in consumer surplus. Countries are also able to obtain consumer goods which are either too expensive to produce or impossible to produce within their borders.

International trade allows consumers to enjoy a greater variety of goods available for consumption. With different varieties of a particular product from various sources, consumers get to choose according to their taste and preference. Enhancing choice also stimulates innovation bringing better products for consumers.

Peace and Good Will

Numerous research studies show that countries that are more open to trade have higher per capita income and grow faster than those that remain closed. Though free trade is not necessarily equitable, it acts as a spur to growth. Trade also helps to break down domestic monopolies, evening the ground for fair competition and preventing consumer exploitation. Also, trade is a foreign exchange earner. 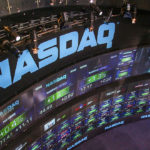